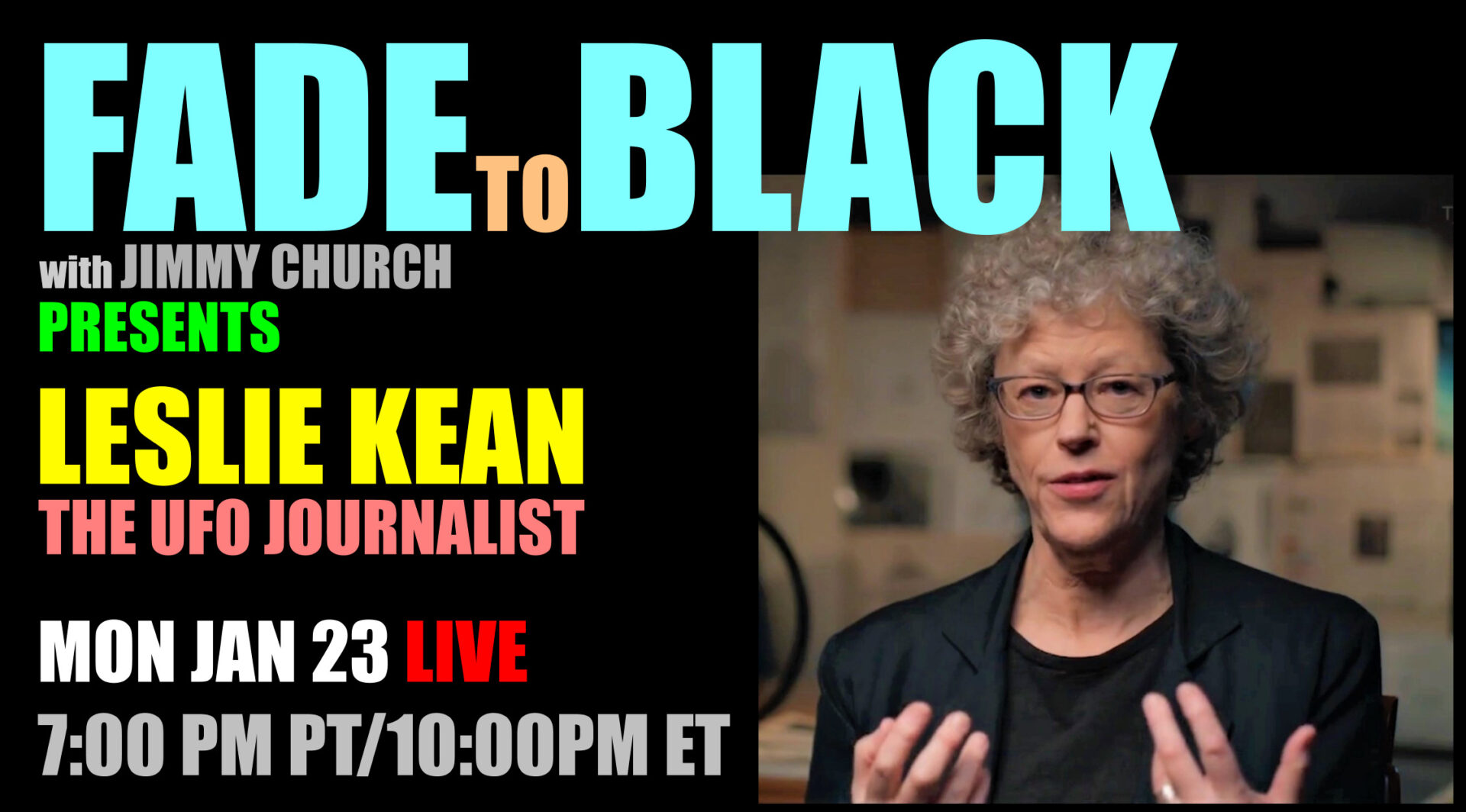 Tonight, Monday on FADE to BLACK: Leslie Kean joins us to discuss her life as a UFO Journalist and what the future may be for the UFO/UAP issues that confront our world today.

Leslie Kean is the New York Times bestselling author of 'UFOs: Generals, Pilots, and Government Officials Go on the Record'. An independent investigative journalist, she has been published widely in dozens of newspapers and magazines here and abroad, such as the Boston Globe, The Nation, the Globe and Mail, and the International Herald Tribune, and currently contributes articles to the Huffington Post. Kean is also the coauthor of 'Burma’s Revolution of the Spirit', and 'Surviving Death: A Journalist Investigates Evidence of an Afterlife'.

Kean’s two decades of reporting on UFOs culminated in a series of groundbreaking stories for The New York Times from 2017 - 2020. (See UFOs Media for more detail on these stories). From 2012 to 2017 Kean contributed articles to the Huffington Post. In 2015, she was the subject of the short book 'Unknown Skies: Leslie Kean and the Case for Rational UFO Investigation' by Steven Donoso.