The Recent US Navy "Flying Pyramids" 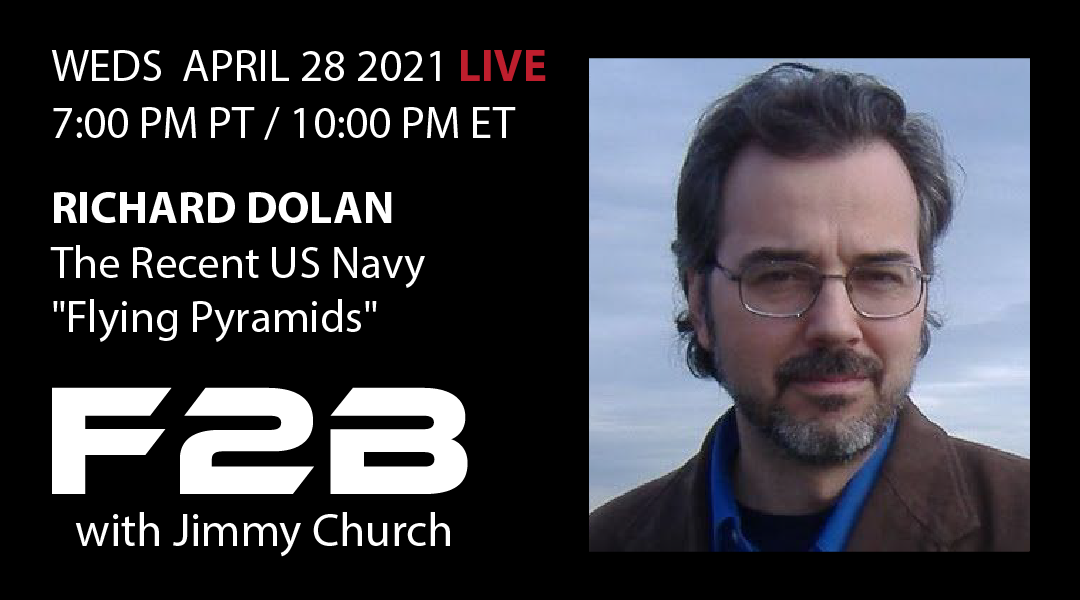 Wednesday on FADE to BLACK: Richard Dolan is back with us to talk about the recent UFO/UAP revelations and the 'leaked' US Navy "flying pyramid" video and other images that have made their way into the worldwide mass-media.