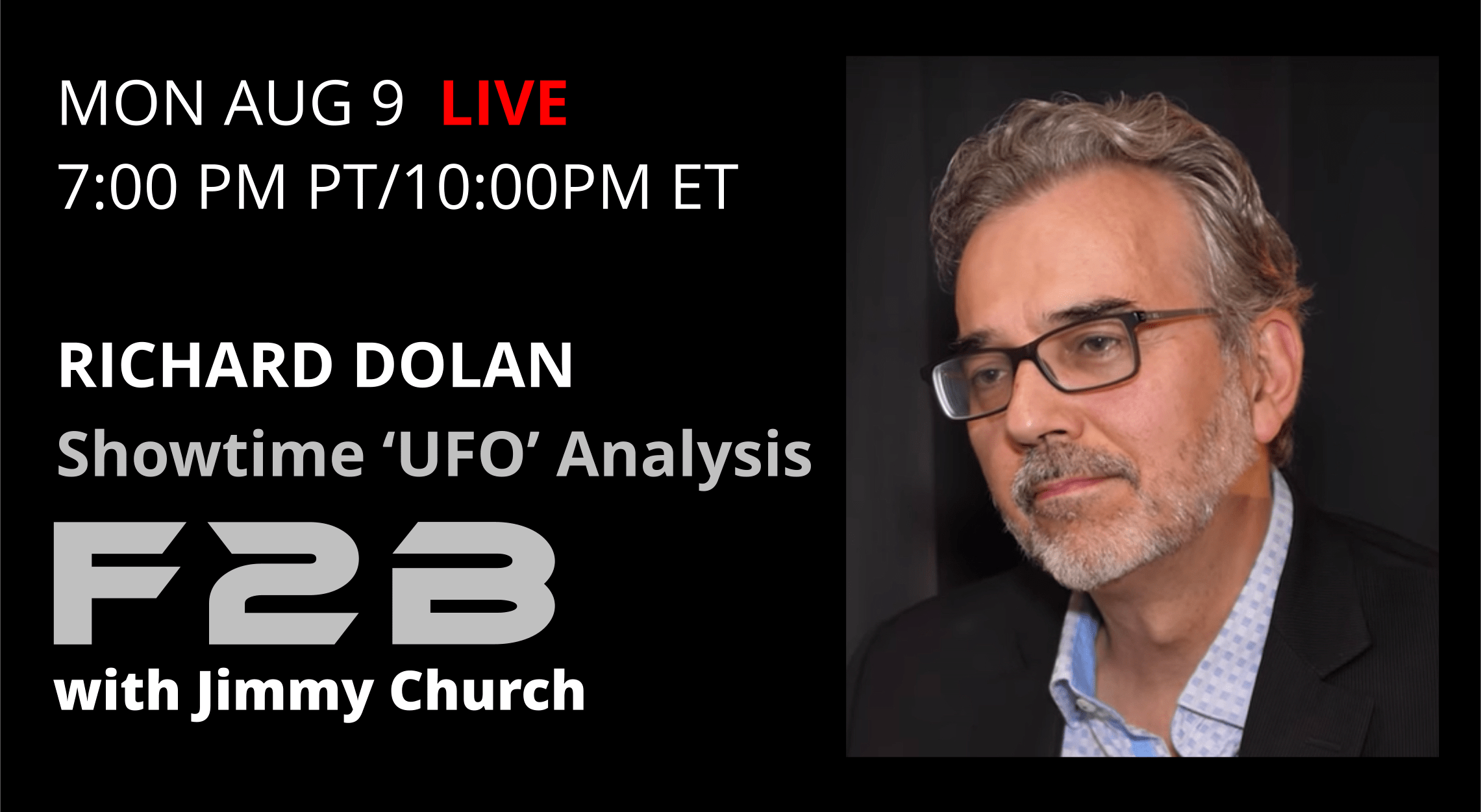 Monday on FADE to BLACK: Richard Dolan joins us for a full analysis of Showtime's new series "UFO" by JJ Abrams.