The U.S. Put To The Test 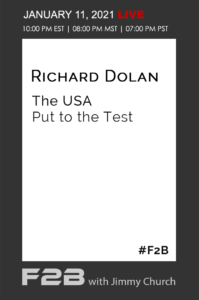 Tonight, our guest is Richard Dolan, and we are going to cover all of the latest developments that have rocked the US and world over the last week... all of them. There may not be any conversation about UFOs or Alternative 3.