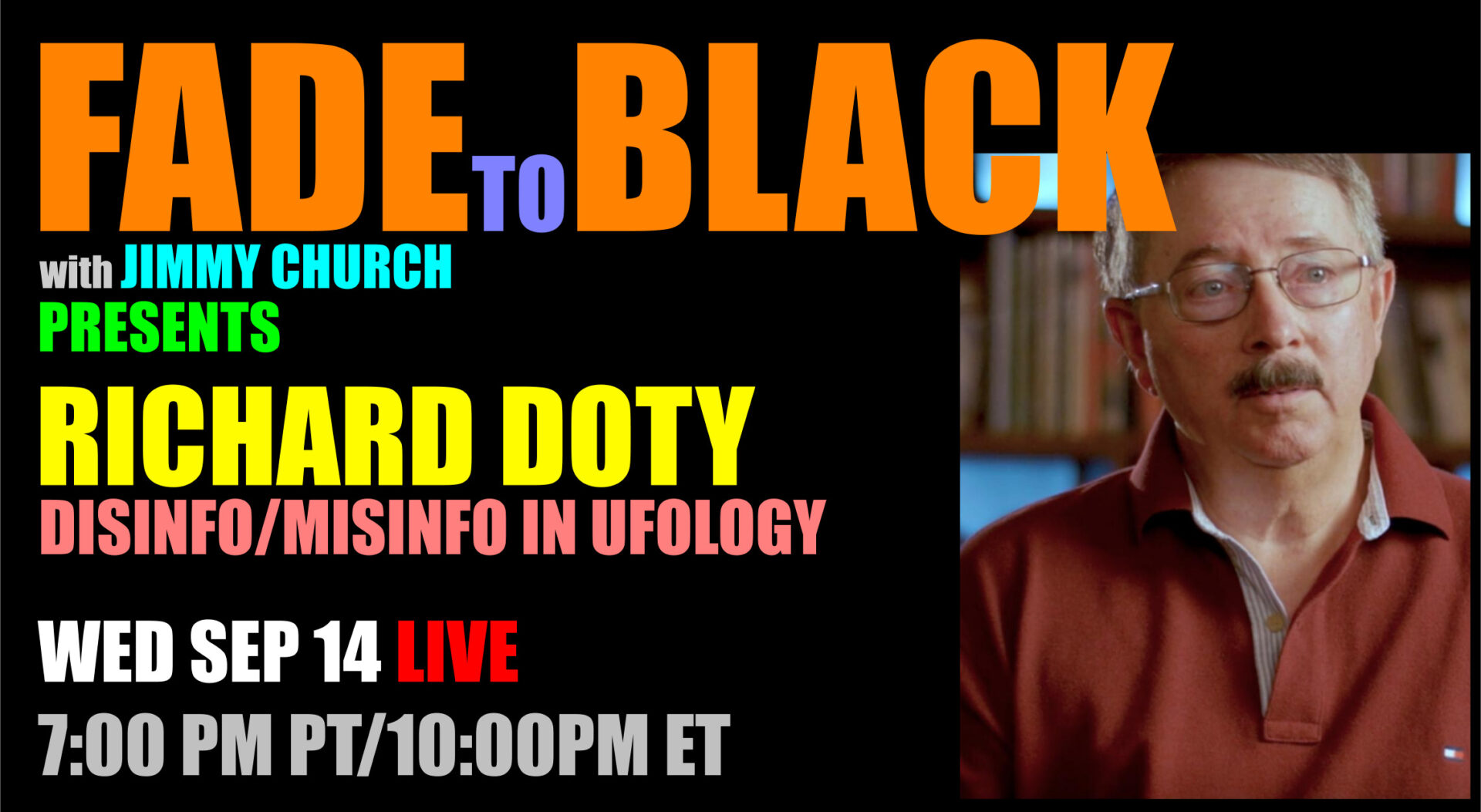 Tonight, Wednesday on FADE to BLACK: Richard Doty is with us to discuss the current state of misinformation/disinformation in the UFO community... the who, what, and the why.

Today Richard is retired and employed as a consultant and is featured in Gaia TV's Cosmic Disclosure.