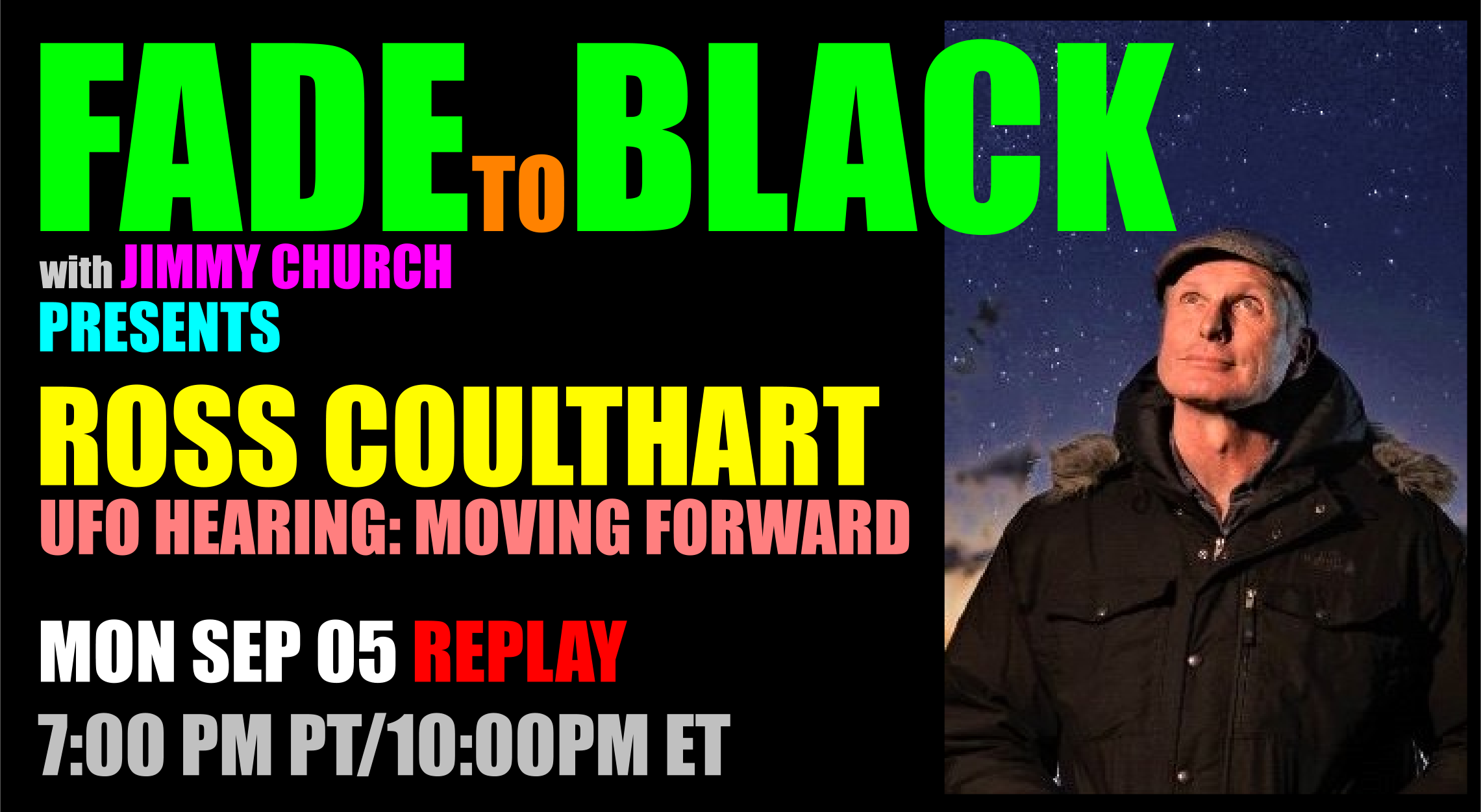 In celebration of our day and weekend off, we present our show from May 30th, 2022 with Ross Coulthart when we discussed the recent UFO Hearing in Washington, DC!

Tonight, Monday on FADE to BLACK: Ross Coulthart joins us live from Australia to discuss the UFO Hearing held on May 17th, it's aftermath and what may be in store with future hearings.

Ross is an investigative journalist, most recently for Australian news and current affairs program 60 Minutes on Channel Nine. He was previously chief investigations reporter for the Sunday Night news program. Coulthart has won five prestigious Walkley journalism awards, including the most coveted top award for Australian journalism, the Gold Walkley. His broadcast television investigative journalism has also won the top broadcast award, a Logie. In 2010 his re-investigation into the murder of two young Australian tourists by IRA terrorists twenty years earlier, in 1990, revealed new evidence suggesting complicity in the attack by Irish Sinn Fein boss Gerry Adams. In 2008, he uncovered one of the biggest ever medical scandals in Australia – The Butcher of Bega. It won Ross not only the Gold Walkley but also the Walkley for Best Investigative Report. An expose of cronyism and impropriety in Australian Aboriginal Legal Services won Ross the 1996 Logie Award for Most Outstanding Achievement in Public Affairs. In 2002, Ross won the Gold Medal at the New York Film Festival for Best International Report – with renowned film-maker Max Stahl – for an investigation into how Indonesian and militia killers in East Timor had gone unpunished for their crimes. Ross is also the co-author of two best-seller books "Dead Man Running" and "Above The Law" – both exposes of organized crime in Australian and international outlaw motorcycle gangs.