From Bass To Physics 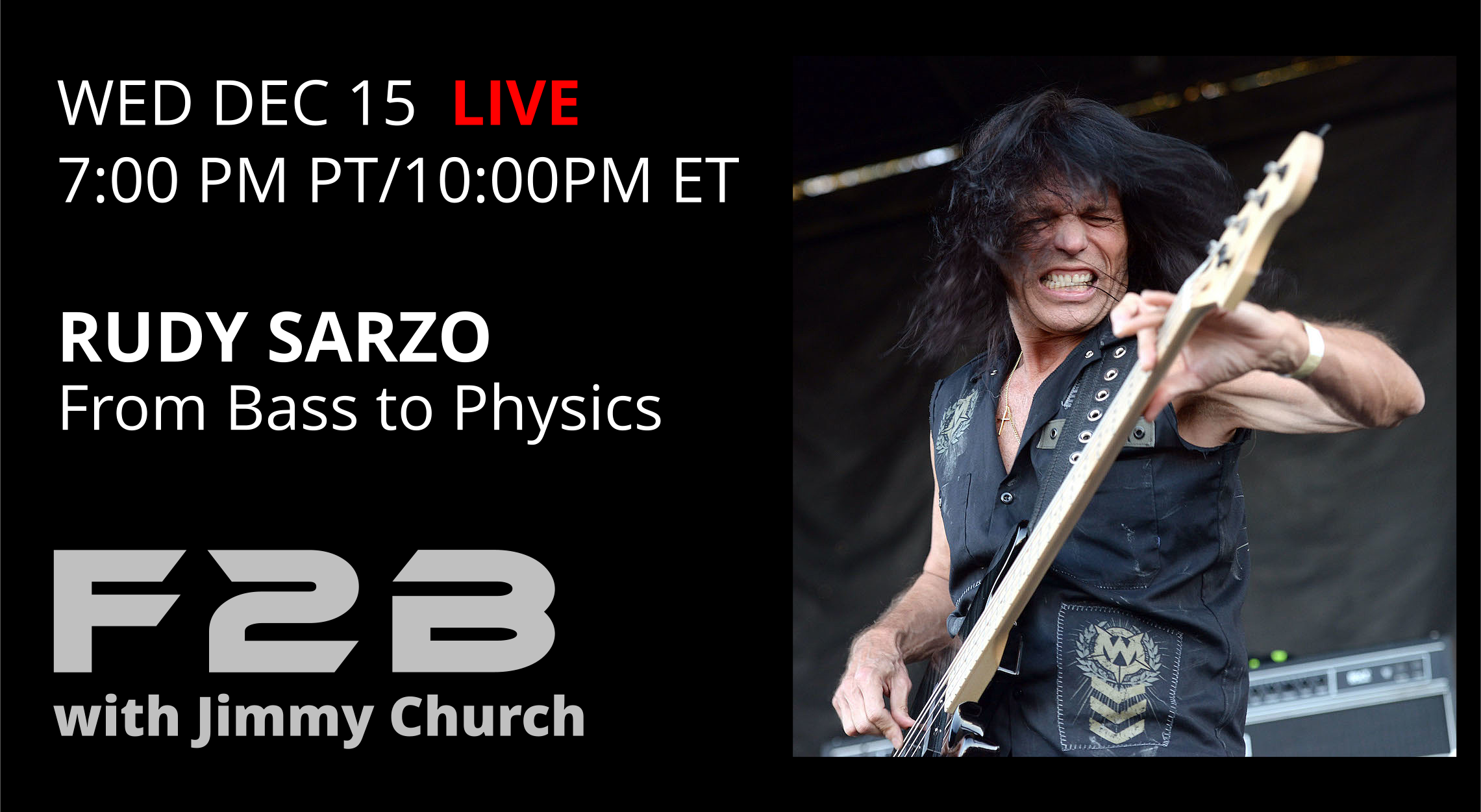 Tonight, Wednesday on FADE to BLACK: Rudy Sarzo joins us for the first time and we are going to talk about... well, music... and we'll jump into everything from consciousness to physics... all with the greatest rock-n-roll bass player on planet earth!

As a member of Ozzy Osbourne’s band, from 1981-1982, Rudy toured the world in support of the “Blizzard of Ozz” and “Diary Of a Madman” records. His bass playing can be heard on Ozzy’s multimillion selling CD “Tribute” and “Speak of the Devil” CD and DVD.

As a member of Quiet Riot from 1982 to 1985, Rudy recorded the multi-platinum album “Metal Health," the first Heavy Metal debut to reach #1 on the Billboard charts.

Rudy was voted #1 Bassist in Circus Magazine for 1983.

As a member of Whitesnake from 1987-1994, Rudy recorded the multi-platinum album “Slip of the Tongue."

In 2004, Rudy became a member of DIO and remained the band's bassist until Ronnie's passing in 2010.

In addition, when Rudy was not busy with DIO, he toured the world with Blue Oyster Cult until 2012. From 2013 through 2014 Rudy was a recording and touring member of Geoff Tate's Queensryche.

In 2005, he published the Kindle #1 Best Selling book, "Off the Rails: Aboard the Crazy Train in the Blizzard of Ozz."

Today, Rudy is back with Quiet Riot and hosting his own radio show and podcast: Six Degrees of Sarzo on Monsters of Rock Radio.