Giorgio Tsoukalos On Fade To Black 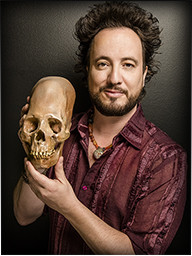 Giorgio A. Tsoukalos is the star and Consulting Producer of ANCIENT ALIENS – THE SERIES (2010-Present). Giorgio is changing the way the world thinks about the Ancient Astronaut Theory.