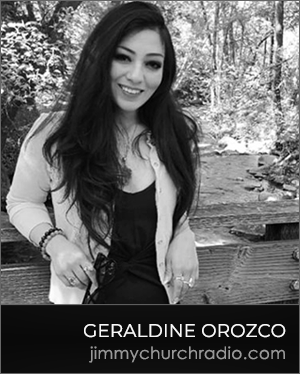 Tonight, Fade to Black is enjoying Labor Day Weekend and taking the night off to spend with family and friends... so, enjoy this Best-Of F2B replay from last week with Geraldine Orozco... one of the best shows we've ever done and worth a second listen... or a first listen if you missed it the first time around!

Geraldine Orozco is an Intuitive DNA Reprogrammer and Ascension Coach.

In 2013, Geraldine experienced a vivid abduction from possible extraterrestrial beings through her bedroom window.

She was taken on board a ship and was introduced to her eight hybrid children. The next morning she encounters a hypersensitivity to the human electromagnetic field. This discovery initiates a journey to find the truth about what happened.

Geraldine has appeared on many radio programs and several conferences and recently is featured in the new feature film: Extraordinary: The Seeding which is set for worldwide release next week on Sept. 3rd.
Website: http://www.SourceIntegration.com