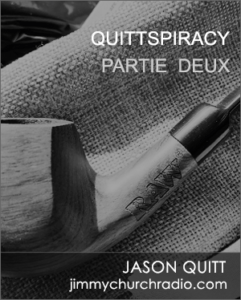 Tonight our guest is Jason Quitt and Part II of our Quittspiracy Special.

There are many conspiracy theories that have captured the attention of millions, such as: 911, The Flat Earth, The Inner Earth, Nazi Moon Bases, MK Ultra, Operation Northwoods, the Denver International Airport, Planet X, and Antarctica.

We know the list is long and tonight we will find out from Jason which ones are real and what should we be looking into and which ones are just, well, not real.

Later in the show we'll open up the phone lines to get your take on what is really going on and if you have any conspiracy theories of your own!

Jason Quitt is a graduate of the Institute of Energy Wellness, and a student of Algonquin Shamanism and has been training and working with many teachers, shamans, and traditional healers from around the world.