Jim Breslo On Fade To Black 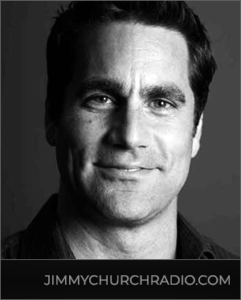 Tonight is October 1st and it's the one-year anniversary of the Las Vegas shooting and our guest is Jim Breslo, host of the Hidden Truth Show and he has been researching the shooting since the beginning and he is the one person that media, including HLN, Fox, CRTV and national radio turn to for the inside information on the biggest mass-shooting in US history.

He was a partner at the international law firm Seyfarth Shaw, defending companies and individuals against alleged civil rights violations. He left the firm to become President of Diamond Game, a publicly traded gaming company which provides lottery machines and tickets to numerous state lotteries in the US and Canada. Jim is the author of 12 patented inventions in the gaming space.

Mr. Breslo hosts the Hidden Truth, a weekly series which dives deeply into the controversial and unresolved issues of our time to discover the truth, irrespective of politics, religion, or agenda.