Maureen Wood On Fade To Black 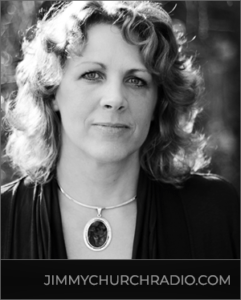 Maureen Wood is a fifth generation Psychic/Trance-medium. For as far back as she can remember, she has communicated with the dead. At the age of fifteen, she was introduced to a woman who studied with Laurie Cabot, the official Witch of Salem, Massachusetts. This mentor took Maureen under her wing and guided her in ways to not only understand, but also to control her gifts. At this same age, she also served as a medium for adult séances. She has practiced, studied, and instructed metaphysical studies for thirty-five plus years. 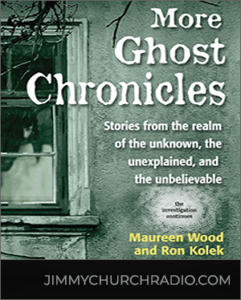 Maureen is currently the lead psychic/medium for The New England Ghost Project and the former co-host of the popular Ghost Chronicles radio show. Maureen also starred in the Emmy-winning American Builder Halloween special.

Maureen has also written three books with Ron Kolek: More Ghost Chronicles: Stories from the Realm of the Unknown, the Unexplained, and the Unbelievable, The Ghost Chronicles: A Medium and a Paranormal Scientist Investigate 17 True Hauntings and Ghost a Day: 365 True Tales of the Spectral, Supernatural, and Just Plain Scary!

Tonight is night #2 of our Halloween week on F2B and Maureen is going to share her favorite ghost stories!