Paola Harris On Fade To Black 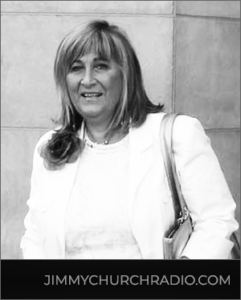 Paola Leopizzi Harris is an Italo-American photojournalist and investigative reporter in the field of UFOs and extraterrestrial related phenomena research. With a Masters degree in Education, she is also a widely published, free-lance writer. She has studied extraterrestrial related phenomena since 1979. From 1980-1986 she assisted Dr. J. Allen Hyneck with his UFO investigations and has interviewed many top military witnesses concerning their involvement in the government truth embargo.

In 1997, Ms. Harris met and interviewed Col. Philip Corso in Roswell, New Mexico and helped get his book The Day After Roswell, for which she wrote the preface, translated into Italian.

Paola's books include: Connecting the Dots; Making Sense of the UFO Phenomena, How do you speak to a Ball of light?, Exopolitics: Stargate to a New Reality, All the Above and Beyond and her latest book, Conversations with Colonel Corso, details the Army's and Corso's role in back-engineering Alien Technology in the Pentagon.

She has spoken around the world, including Ireland, England, Norway, Switzerland, Columbia, Argentina, Chile, Germany and Belgium.