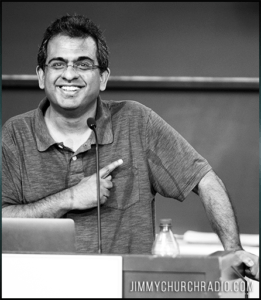 Riz currently runs Bayview Labs and Play Labs at MIT, a startup accelerator held on campus at the Massachusetts Institute of Technology. Riz received a B.S. in Computer Science and Engineering from MIT, and a M.S. in Management from Stanford's GSB.
Riz's many startups have created products used by thousands of enterprise customers, and his games have been downloaded millions of times, including Tap Fish, Bingo Run, Penny Dreadful: Demimonde, and Grimm: Cards of Fate. 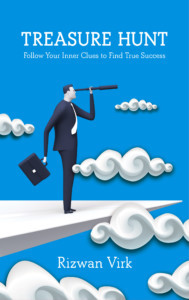 Riz has produced many indie films, including Turquoise Rose, Thrive: What On Earth Will It Take? which has been viewed more than 70 million times, Sirius, and the cult classic Knights of Badassdom, starring Peter Dinklage and Summer Glau.

Riz’s first book, Zen Entrepreneurship: Walking the Path of the Career Warrior, reached the top of Amazon’s business and spiritual bestseller lists and has inspired entrepreneurs and spiritual seekers around the world.

His startups have been featured in Inc. Magazine, The Boston Globe, The Wall Street Journal, Tech Crunch, Gamasutra, Venture Beat, and were even skewered on the Daily Show with Jon Stewart. He speaks regularly on subjects such as startups, video games, meditation and career success both in person and online on shows such as Coast to Coast AM.

Tonight we are going to discuss our community...how to succeed in it..and also how Silicon Valley and it's power views UFOs, the supernatural and consciousness.