Sandia The ET And Crew On Fade To Black September 10th

Sandia The ET And Crew 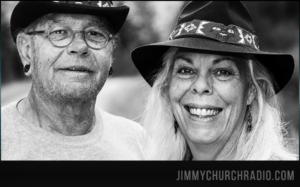 Sandia the ET and his crew have been living under the Sandia Mountain and lately they've been on Twitter... and how they got there with their message to the world is our show tonight on FADE to BLACK:

As a professional clairvoyant and medical intuitive for nearly thirty years, Su Walker has been featured on both national and international television.

For the past five years, Su and her spouse, Rev. White Otter, have dialogue with and translate for Sandia the ET (Commander Tlkm) and several other extraterrestrials who operate out of a facility beneath the Sandia Mountain in New Mexico.

Since June 2015, together Su and Otter have volunteered more than 10,000 hours assisting in telepathic translation for the Twitter account @sandiawisdom. They have aided in translating the first known collaborative Earth Human/P’nti publication. A basic training manual entitled The Telepathy 101 Primer available as a free download from https://officialfirstcontact.com/, and coming soon in hard copy.