Steve Neill On Fade To Black

But Something Is There 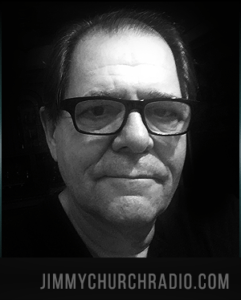 Steve Neill is an artist, visual effects creator, and filmmaker with over 40 years of experience in film and television industry.

In 1971 he interned at the American Zoetrope in San Francisco with Francis Ford Coppola and received much of his film making education there.

He moved to Hollywood to pursue his career in 1974.

He has since worked on movies such as “Star Trek the Motion Picture”, “Ghost Busters”, “Fright Night” and more. He has appeared as a creature suit actor in many films, commercials and TV shows.

In addition he wrote and produced the feature film, “The Day Time Ended.”

Steve has had lifelong experiences with non-human intelligence starting when he was 6 years old. He first became aware that memories he thought were unique to him were shared by others when he first read “Communion” by Whitley Strieber.

He also during the 90s appeared on numerous talk shows, TV series and documentaries on the UFO subject. His work was seen worldwide and used on such shows as “Sightings”, “Paranormal Borderline”, the History Channels “UFO Files” and a multitude of documentaries.

Today Steve has created, written, and directed a new dramatic series about his experience. He tells his story without theories, conjecture and folklore. But rather an honest reporting of what he has experienced.

The series is entitled, “But Something is There” because he doesn’t know what this intelligence is, only that it is there.

Tonight Steve is going to discuss his life of contact, making sci-fi films and what it's like to combine the two into a TV series based on his experiences with ET.