Whitley Strieber On Fade To Black 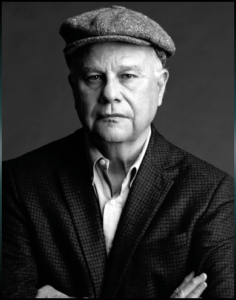 Whitley Strieber is the author of the Communion series of books and many novels ranging from the Wolfen and the Hunger to the Grays and his exciting new Alien Hunter series. Communion, the Wolfen, the Hunger and Superstorm have all been made into movies, Superstorm as the Day After Tomorrow.

Whitley is a Texan, and The Secret School has been listed by Texas Monthly among the top 10 books written by Texans. Alien Hunter has been made into TV series by the SyFy Channel.

Super Natural: a New Vision of the Unexplained is Whitley’s latest book... written with Professor Jeffrey Kripal, redefines the meaning of the close encounter and UFO phenomena and has been called “the most important book on the paranormal in 40 years” by author Gary Jansen.