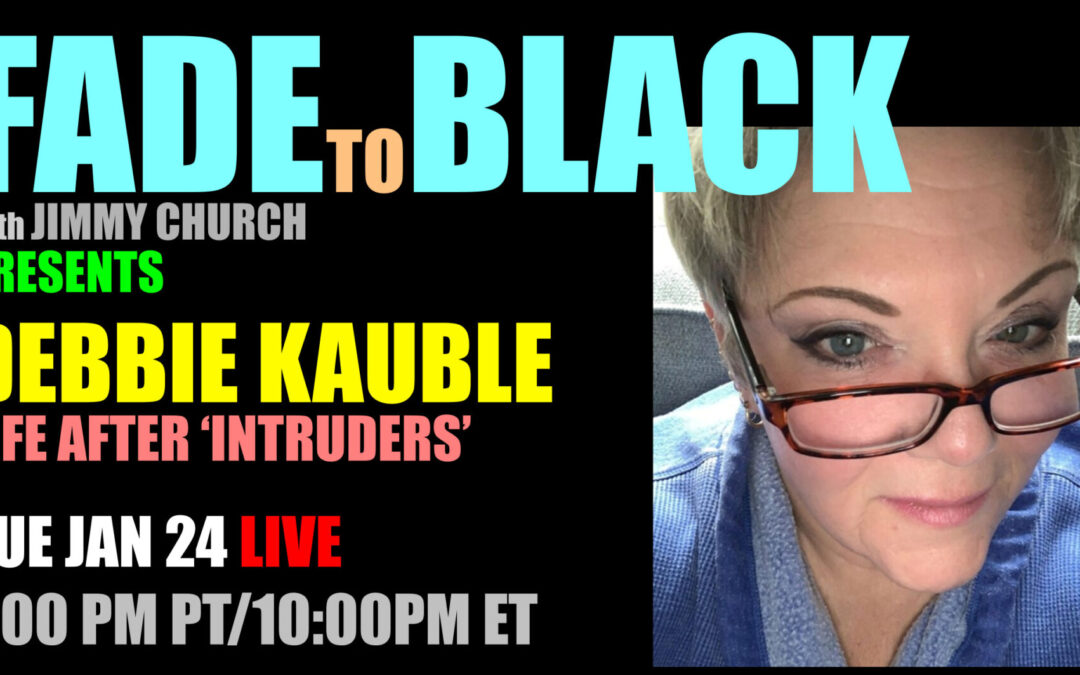 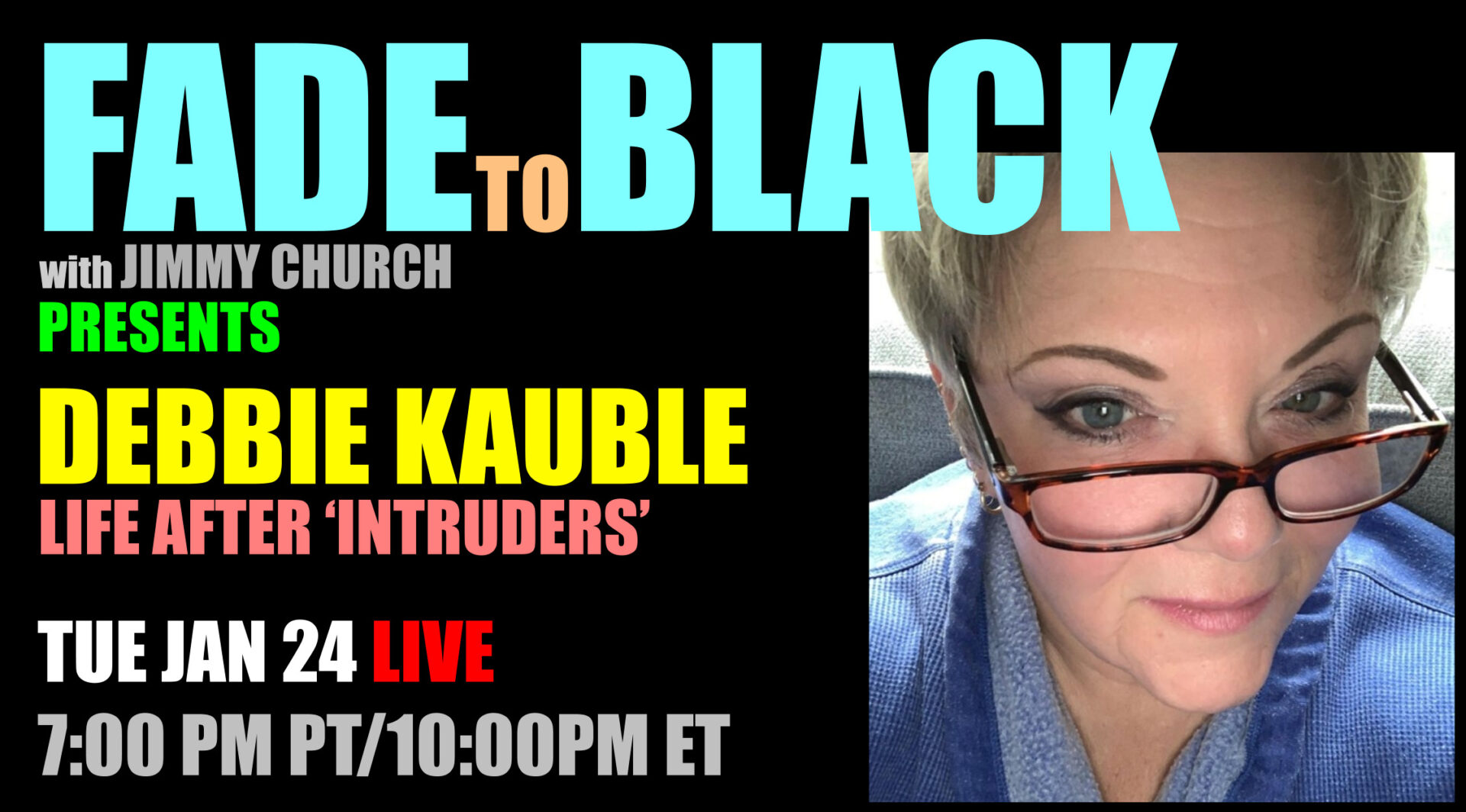 Tonight, Tuesday on FADE to BLACK: Debbie Kauble, the subject of Budd Hopkins book, 'Intruders', joins us to discuss her Life After Intruders.

Debbie was the central figure in Budd Hopkins’s New York Times best-seller, "Intruders, the Incredible Visitations at Copely Woods", as well as the 1992 CBS mini-series, “Intruders”, using the pseudonym "Kathy Davis". In 1992, she revealed her true identity and co-authored, with her sister Kathy Mitchell, “Abducted, The Story of the Intruders Continues". Deb has just finished a revised, expanded edition of ‘Abducted’ titled ‘Extraordinary Contact: Life Beyond Intruders’.

She co-hosted her own podcast, Midwest Paratalk, with Gregg Cable and together with Gregg, co-founded the paranormal research team, The Paranormal Underground. Her special interest in paranormal research is with Electronic Voice Phenomena and she has collected impressive examples over the last several years. 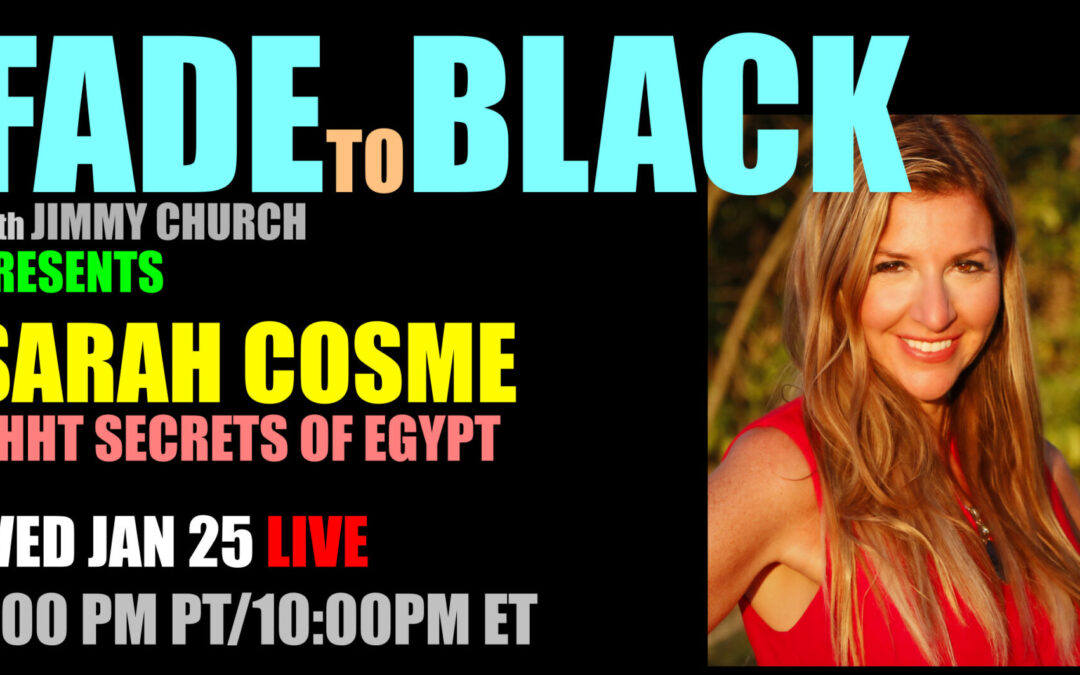 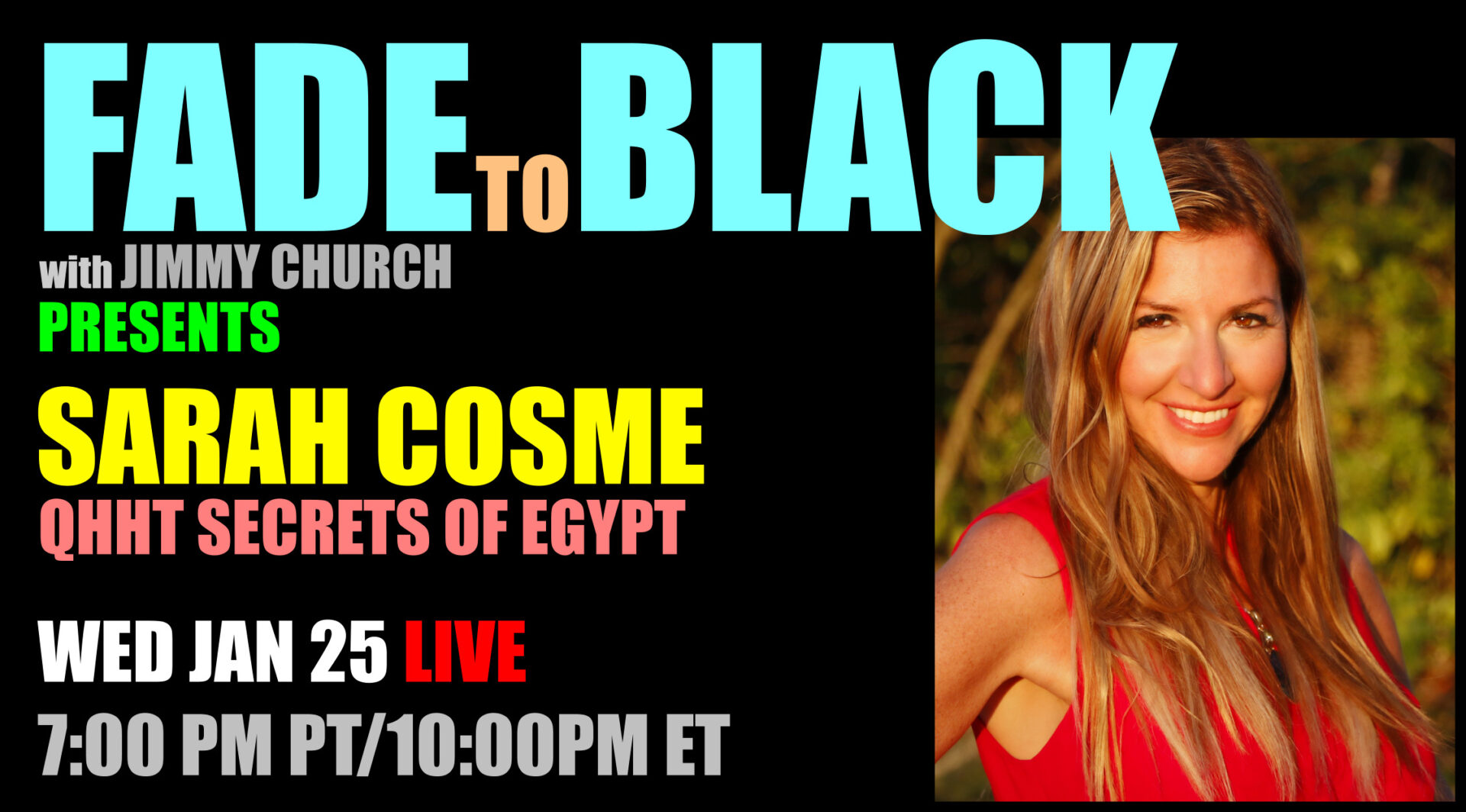 Tonight, Wednesday on FADE to BLACK: Sarah Breskman Cosme is back with us for a full night of what she has learned, through her research and QHHT, about the secrets of Egypt.

Sarah Breskman Cosme is the best-selling author of 'A Hypnotist’s Journey to Atlantis' and the author of 'A Hypnotist’s Journey to the Secrets of the Sphinx'. Sarah is a Master Hypnotist, a Level 3 practitioner of Dolores Cannon’s QHHT, and a student of Dr. Brian Weiss. With a passion to reveal hidden or undiscovered knowledge vital to the enlightenment of humanity, Sarah continues to speak about her work worldwide. Her work is now featured on Gaia TV. 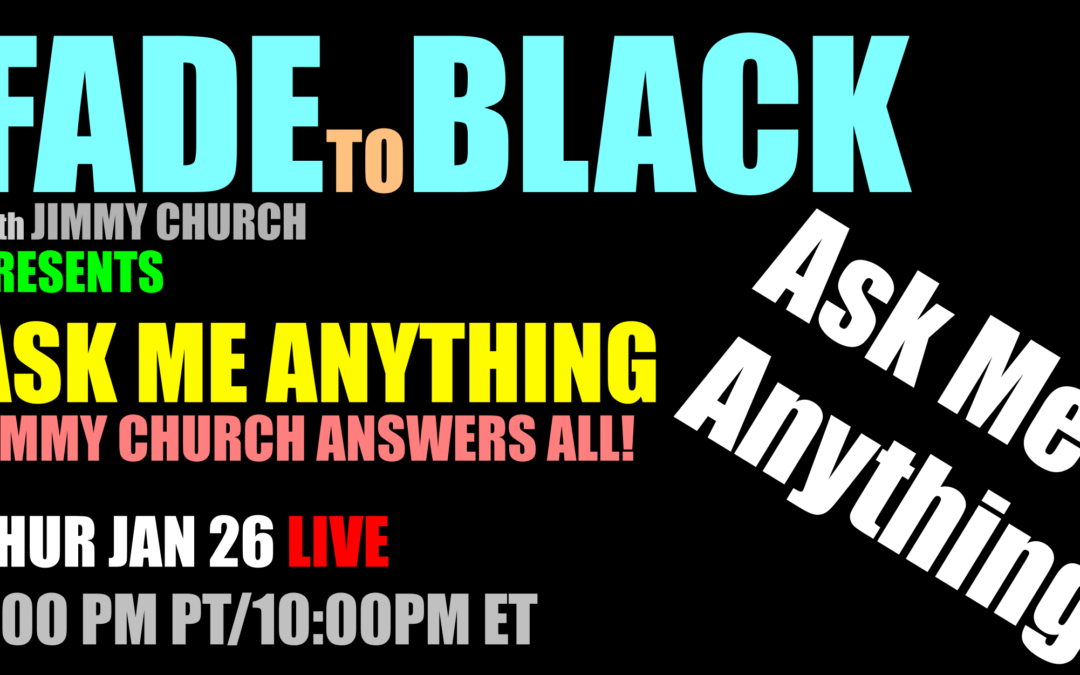 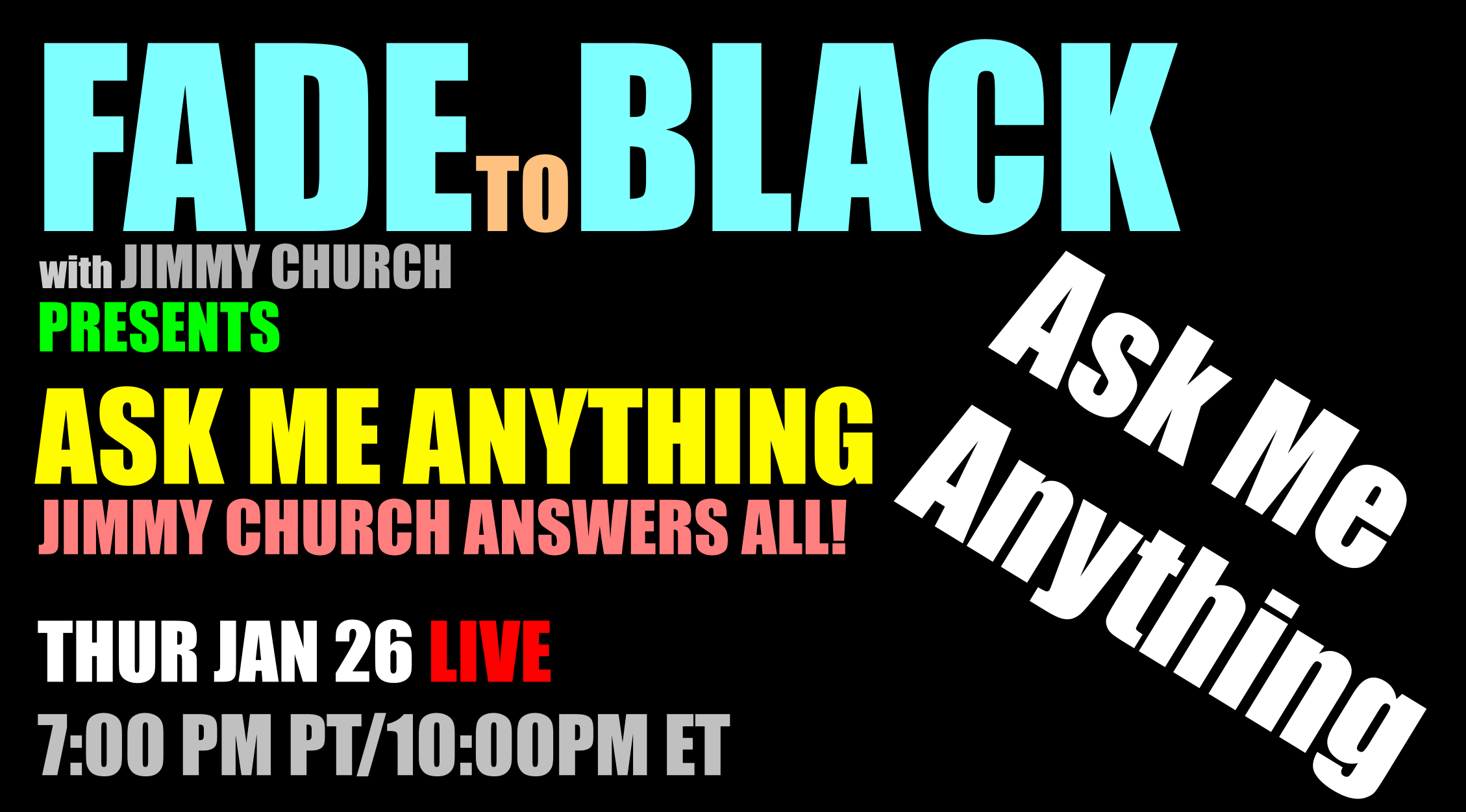 Tonight, Thursday on FADE to BLACK: Jimmy Church is answering all of your questions on F2B's AMA... post your questions in our chat, Twitter #f2b and our FB radio page!

Every month or so we try to squeeze in an AMA for our audience... and tonight's the night!

All questions are answered... 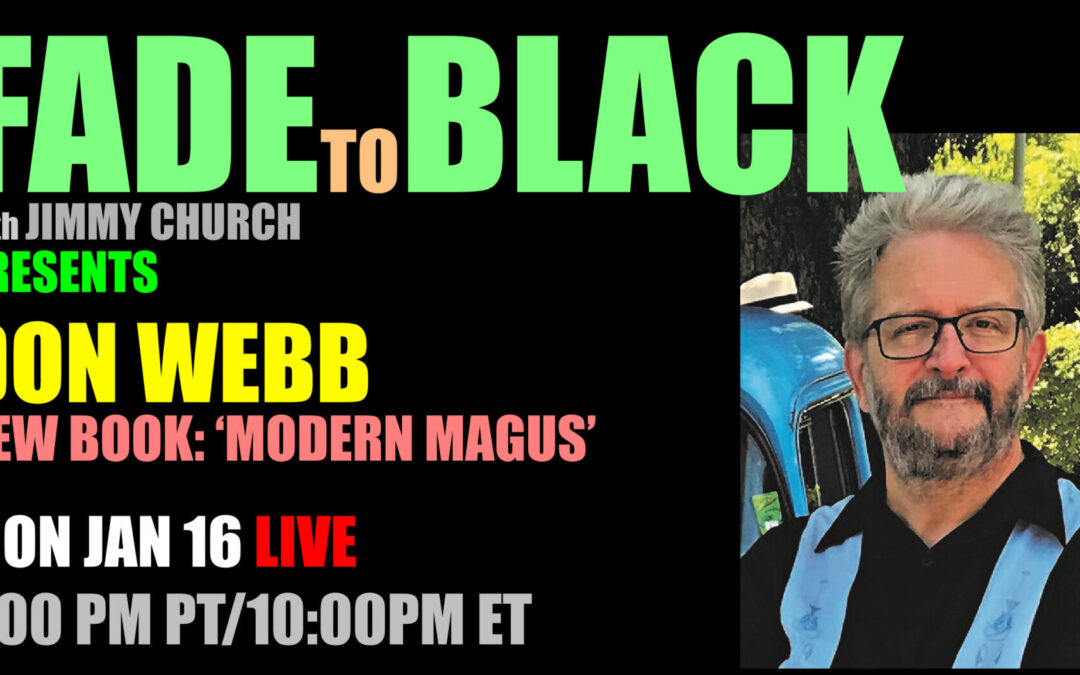 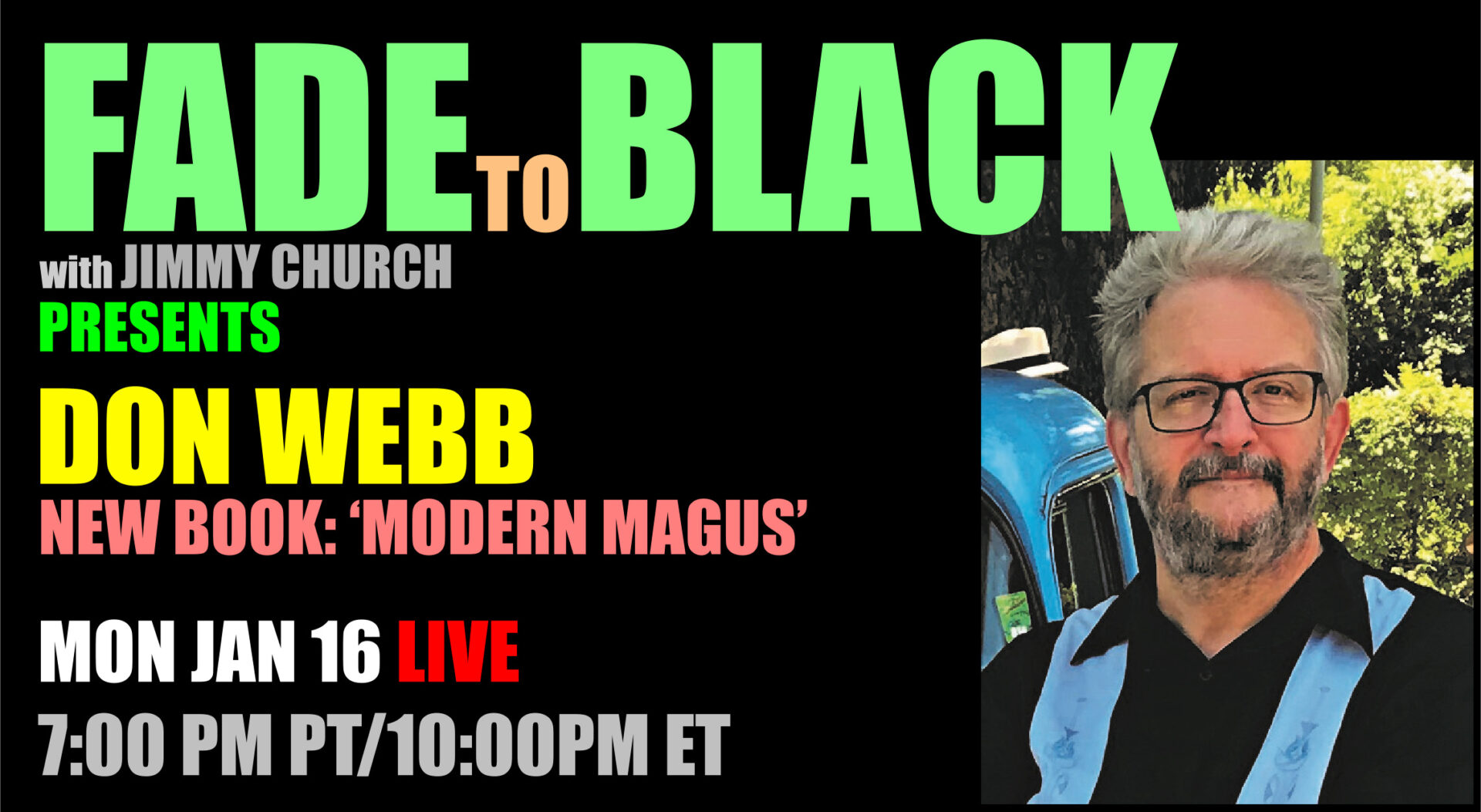 Tonight, Monday on FADE to BLACK: Don Webb joins us to talk about his new book: 'How to Become a Modern Magus: A Manual for Magicians of All Schools'.

Ipsissimus Don Webb joined the Temple of Set in 1989 and served as its High Priest from 1996 to 2002. He has written and lectured on Left-Hand Path topics and the occult practices of Late Antiquity since 1995.

In 'Modern Magus', his latest work, Don offers a full 12 months of activities, rituals, spells, and exercises to help you acquire magical skills and knowledge and maximize your strengths over the course of a year. He details the practice of Egyptian Soul Craft and details how to create your own rituals and custom spells. 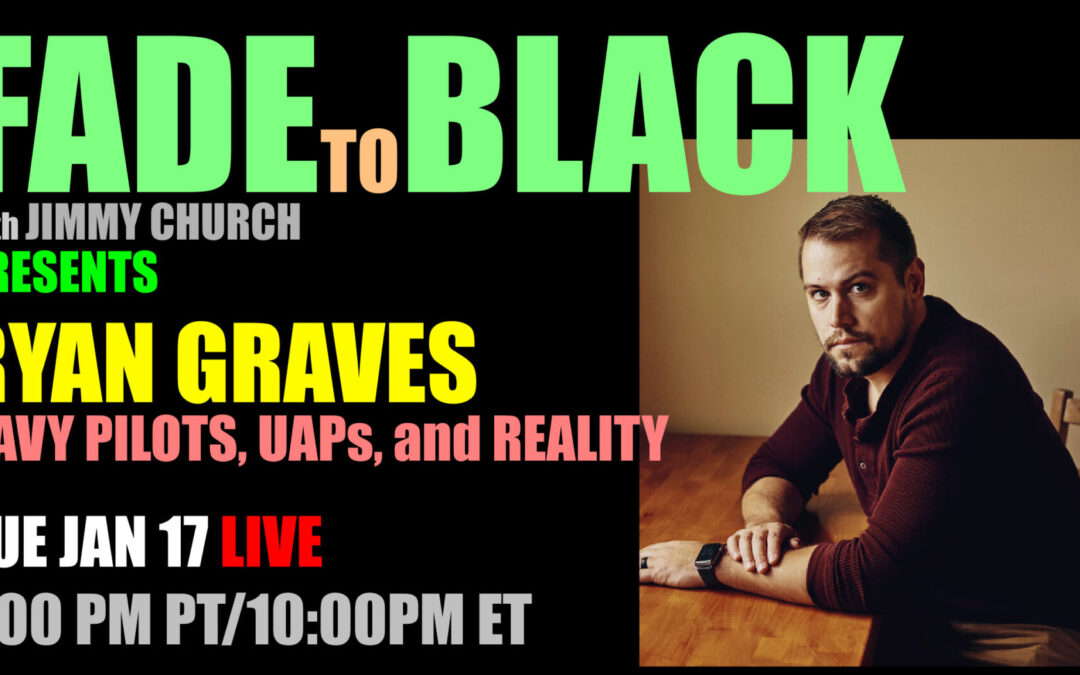 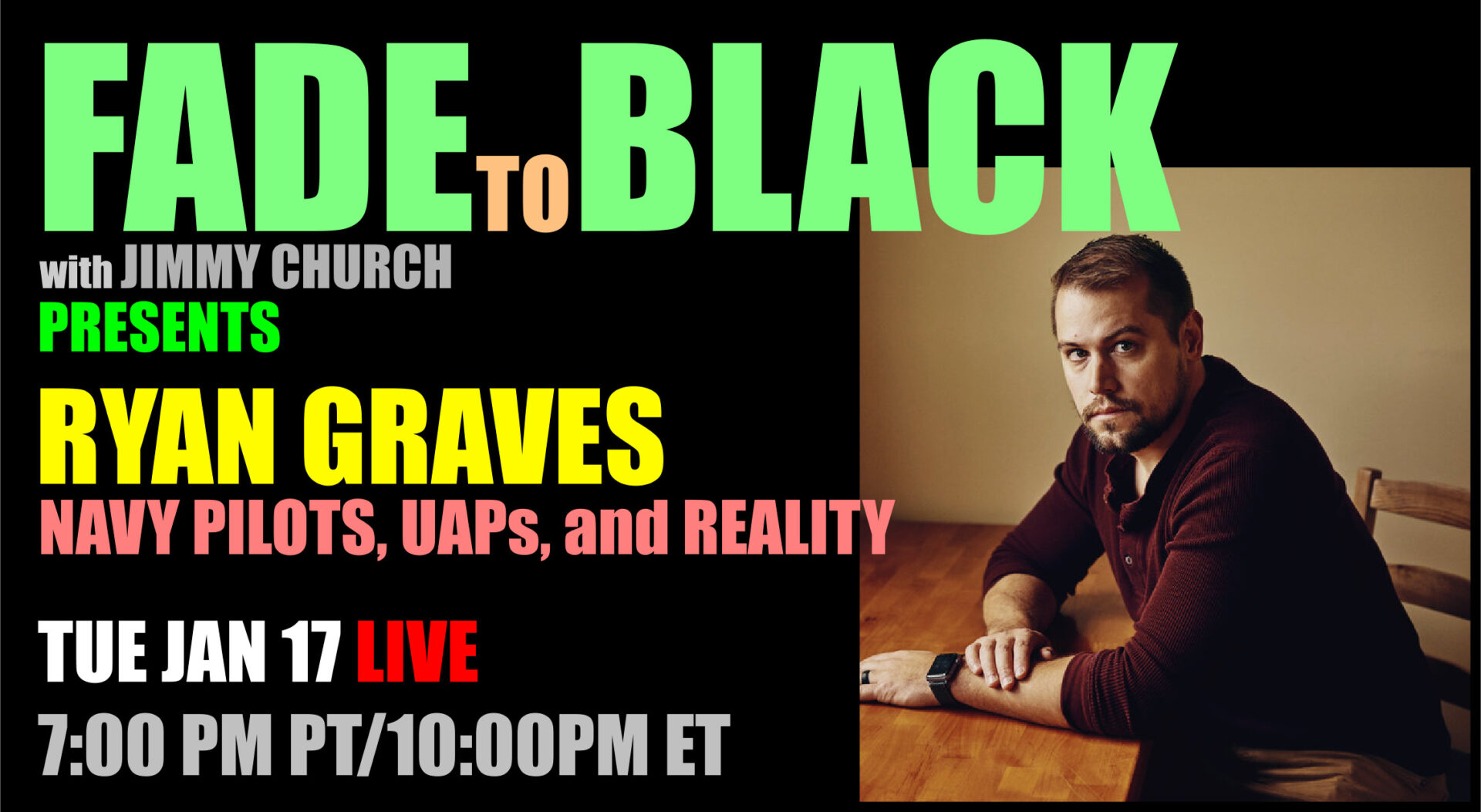 Tonight, Tuesday on FADE to BLACK: Ryan Graves is with us for an open discussion about what may be going on in our skies around the world.

Ryan Graves is a former Lt. U.S. Navy and F/A-18F pilot who served for a decade, including two deployments in Operation Enduring Freedom and Operation Inherent Resolve. Graves was the first active duty pilot to come forward publicly about regular sightings of Unidentified Aerial Phenomenon (UAP) and has been featured in 60 Minutes, The History Channel, and The New York Times.

Today, Graves serves as first Chair of the American Institute of Aeronautics and Astronautics (AIAA) Unidentified Aerospace Phenomena Community of Interest (UAPCOI), representing more than the 30,000 members of the aerospace industry. The goal of UAPCOI is to serve as a neutral, scientifically-focused group enabling safer commercial and military air and space operations. 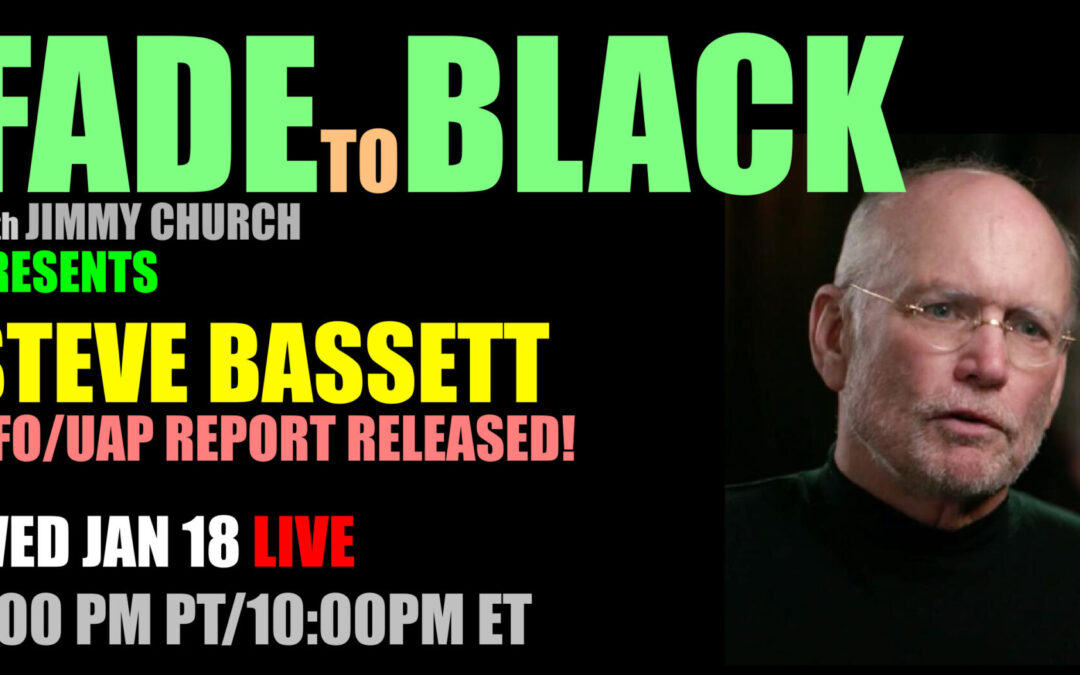 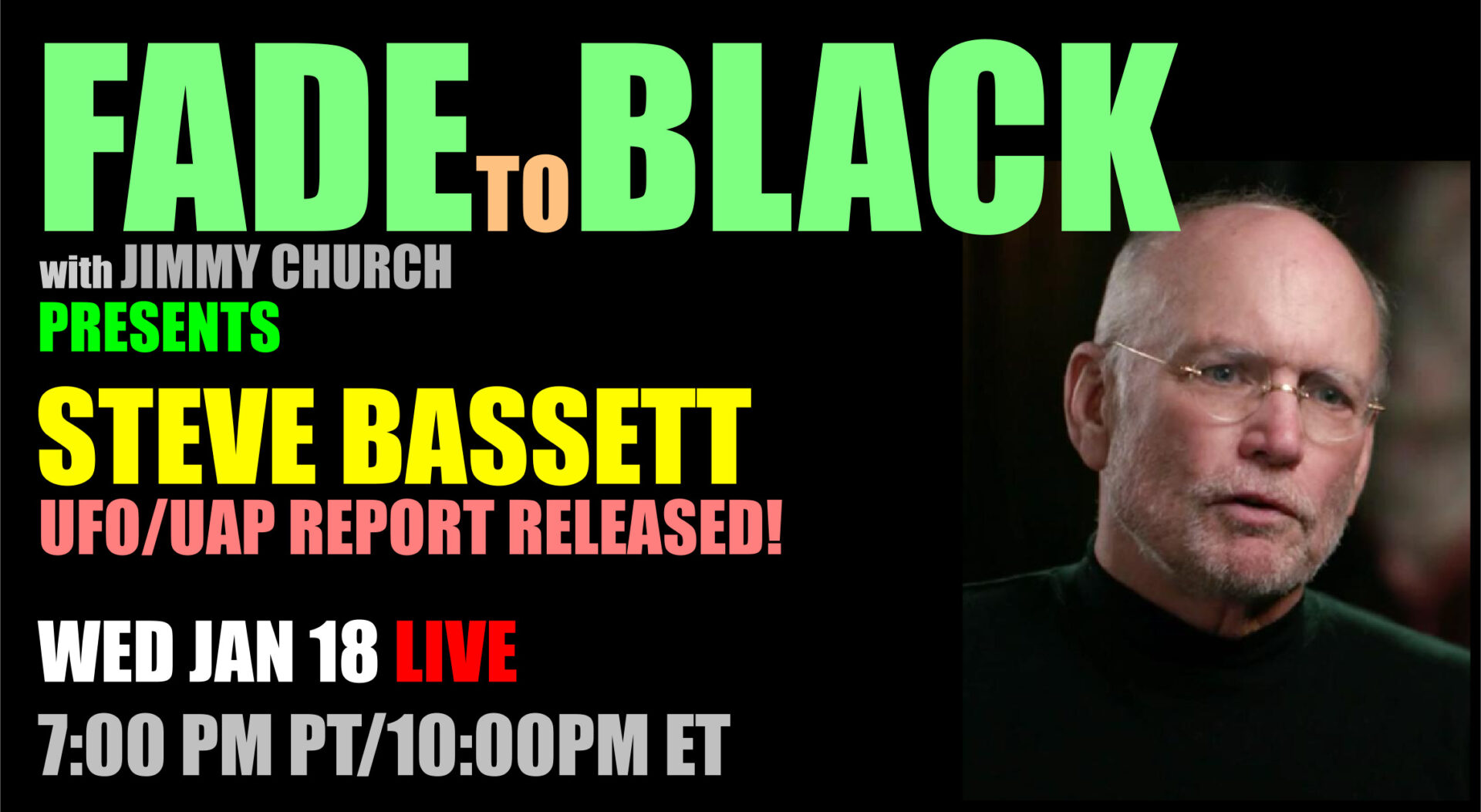 Tonight, Wednesday on FADE to BLACK: Steve Bassett of the Paradigm Research Group is back with us to discuss the release of the UFO/UAP report that was just delivered to Capitol Hill.

Stephen is the executive director of Paradigm Research Group founded in 1996 to end a government imposed embargo on the truth behind the so called "UFO" phenomenon. Stephen has spoken to audiences around the world about the implications of formal "Disclosure" by world governments of an extraterrestrial presence engaging the human race. He has given over 1000 radio and television interviews, and PRG's advocacy work has been extensively covered by national and international media.

In 2013 PRG produced a "Citizen Hearing on Disclosure" at the National Press Club in Washington, DC. On November 5, 2014 PRG launched a Congressional Hearing/Political Initiative seeking the first hearings on Capitol Hill since 1968 regarding the extraterrestrial presence issue and working to see that issue included in the ongoing presidential campaign.